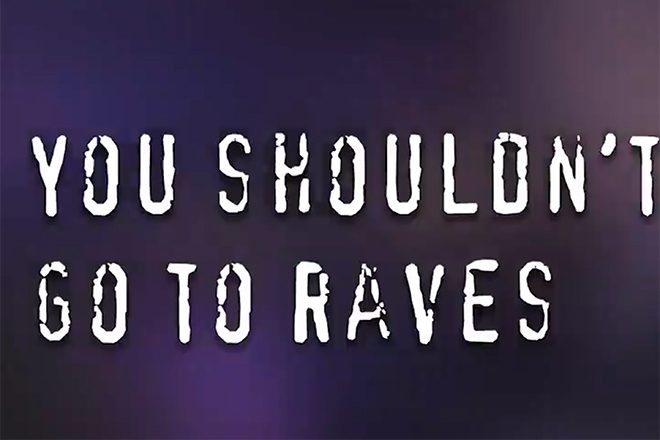 The UK government has made a video telling people not to rave, oddly using a rowdy drum 'n' bass track to accompany it.

The Home Office released the info video today (February 18). You'll recognise the style of video - and music choice - from the anti-piracy adverts used before films back in the day.

In it, the loud and brash d'n'b plays over a montage of police body cam footage of officers attending parties and illegal gatherings under the UK's COVID-19 restrictions. If anything, the tune in question just makes you want to go out raving even more.

All gatherings are currently against the law.

It's very doubtful the Home Office didn't know what it was doing by using a d'n'b tune and digging into nostalgia with the anti-piracy ad. Their plan clearly worked as the vid's caused a storm on social media with people wondering WTF is going on.

People are mainly kicking off that the caption says 'All gatherings are against the law', with human rights barrister Adam Wagner saying the "tweet and video grossly misstate the law."

Despite the UK being in lockdown, illegal raves have been happening all over the country. They've even continued to happen with £10,000 fines being dished out to organisers that are caught and £800 fines being issued to those found at gatherings of more than 15 people.

A new report from the All Party Parliamentary Group (APPG) on the Night Time Economy has called on the government to take urgent action to save the nightlife industry in the UK. The group - made up of over 40 MPs - claims nightlife could face "extinction" if the industry is not supported by the government properly.