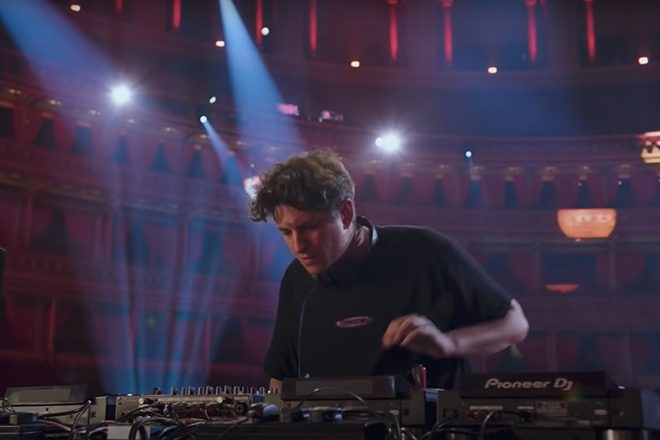 The set was recorded at London’s grand Royal Albert Hall venue, and features the influential Crazy D on MC duties.

"Tonight’s set is a celebration of the sound that made me. From 02 onwards .... I tried to represent the sound from the periods that mean most to me. I made all the tracks in just under a month. I had so much fun doing it and I hope you enjoy too," said Skream

London Unlocked is raising money for grassroots music venues, and is aiming to hit £1,750,000 in donations.

More than £1 million has been raised so far, with 15,800 supporters at the time of writing.

Read this next: Skream has released a new dubstep album

Organisations and venues it is raising money for include the NTIA and spots listed as Red by the #SaveOurVenues campaign, such as The Waiting Room, EGG LDN Windmill Brixton, BOOM Leeds, The 1865 and Y Llew Coch - Mach.

Other sets aired so far include Bradley Zero and Shy One playing at the Royal Albert Hall, and Fabio & Grooverider at Wavey Garms.

Sets will stream every Sunday for seven weeks, having started on March 14.

Read this next: The wisdom of Skream

DJs set to feature later in the series include Midland, Shanti Celeste, Kode9, Saoirse and more, with settings including Tower Bridge, the London Coliseum, Round Chapel and V&A museum.

Watch this next: Will Skream ever play an old-skool dubstep set again?