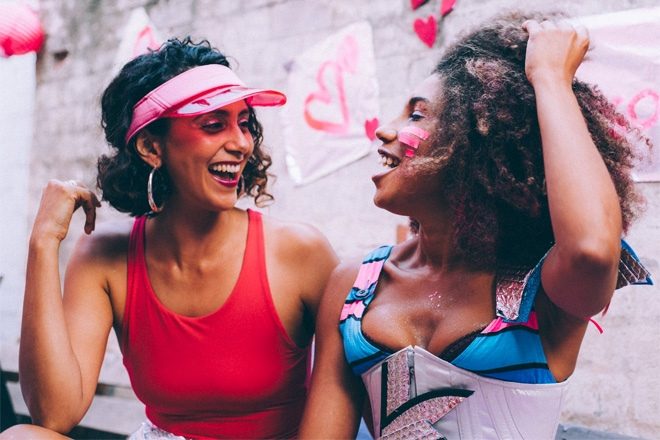 The government has enforced a "no talking" rule at music venues to stop the spread of COVID-19.

The rule – which could see "chatterboxes" pay a fine of up to £1000 – comes into force on June 21, when music venues are allowed to reopen.

Read this next: Will rapid testing really save UK nightlife?

The safety precaution will join other measures such as rapid testing and temperature checks to aid the safe reopening of nightclubs and venues this summer.

The government's science tsar said that the move would decrease the chance of music fans transmitting the virus while talking loudly and standing very closely to one another.

"New data points to the fact that the ear is a landing pad for moisture and other airborne particles. It's an open goal that we need to defend," a government spokesperson told press this morning.

Read this next: Faithless: "Letting venues and festivals collapse would be utterly appalling"

The precaution will see talking banned in music venues, with strict social distancing measures put into place in smoking areas.

Groups of friends will be encouraged to use WhatsApp to communicate while inside venues and a "traffic light" system will be introduced for ordering drinks at the bar, something civil servants have already dubbed the "Morse Cocktail".

The ruling has split the events industry. Nigel Bigknee, the esteemed promoter behind Bristol's BOSH! nightclub says his upcoming weekend schedule will now be ruined. "Talking to your mates on a night out is an essential part of the clubbing experience," he told Mixmag. "Without the banter there's not a lot left apart from broken dreams and psy trance."

Read this next: Will music festivals actually happen this year?

Some have welcomed the rule however. Quentin Tiptree, organiser of East London's deep listening "experience" HarmonySound said that the no talking policy could actually enhance the experience of live music. "I started HarmonySound after going to a Bonobo concert and the people behind me talked all the way through 'Cirrus'. It was unbearable; I wanted to create an experience where music can be listened to properly. This new rule will mean that people finally stop shouting during the quiet bits," he said.

One club owner who wished to remain anonymous said they had already created eight hours' worth of "crowd noise" to play during club nights. "The sound technician will now become even more important," they said. "The techie will have to trigger cheering between bands and DJs and we'll have to play field recordings of people talking out in the smoking area. I'm not sure how we're going to enforce the silent rule though – you know how Berghain puts a sticker on your phone camera? We are considering putting duct tape across people's mouths."

It's also rumoured that covid-repellent ear plugs are now in development for the live music sector. More news when we have it.

Read this next: Unum, first festival with rapid COVID-testing, will “100%" happen this summer