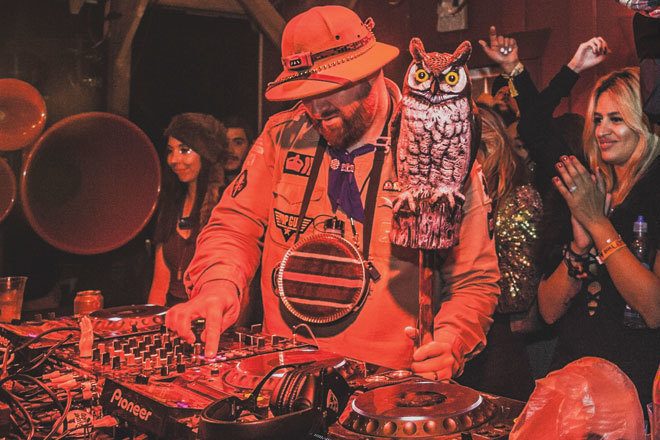 There've been strange things going on in my Facebook feed of late. Every week I'm getting invites to parties in Toronto by cool kids dressed in black, advertising music you would expect to hear in Berlin. In early October everyone was talking about the Dirtybird Campout. It had the kind of below-the-radar buzz certain EDM festivals used to have a few years back. What's going on? Is North America finally ditching the drops and accepting the gospel of house and techno?

It's weird how it took so long for this moment to arrive. If the origin stories are true, we created house and techno. It just never caught on. We were still having a disco hangover while Europe swept it up and has been rolling with it ever since. Don't get me wrong, we've always had an underground movement, but it's never been like today.

Is it for real? In North America we have a tendency to take something nice, give it steroids, have way too much, throw it up and flush it out, like a greedy kid after a birthday party at McDonalds. Just look at what we did with dubstep. Music tends to be just another tentacle of the consumer culture we've pioneered, new trends and artists rolled out with greater frequency than iPhone models. It's just how we do.

Are we at it again? The cynic in me fears the worst. On the one hand, techno and house come with a ready-made aesthetic and a built-in identity trendy urban kids love: easily adopted but perhaps just as easily thrown away. On the other hand, it has, at least for North Americans, an obscure history one can dig into, full of rare gems and lost heroes. And if it can work in Europe, why couldn't North Americans be into it? We're not that different.

I decided to ask Claude VonStroke, founder of Dirtybird Records and a man in the thick of American house and techno. For him, it's a matter of exposure. Dance music has been on the European radio for ages while over here it's still new.

"This is where I have to take my hat off to the EDM mega-stars, they really opened it up for everyone," he says. It's also very real. "Right now I'd rather play over here [ie in the US], to be honest. The people are open-minded, they hug each other, and they're there to have fun. Ask someone who went to Dirtybird Campout or Desert Hearts or Lightning In A Bottle if it's real or not."

So maybe it's not just a fad. North American dance music might be coming of age. Just don't go telling everyone. "I'd rather not brag about it because we [as DJs] are living the dream right now," says VonStroke. "Most agents don't even present the really good parties to the guys from Europe yet." Well, the cat is out of the bag now: expect to see more big house and techno names heading west in search
of their fortunes in 2016.